While I understand that most of these only had cameo appearances and weren't fleshed out, it was still good to see these aspects brought to life momentarily in story. I especially enjoyed the contribution of The Harlequin Morley to the story, the additional information on the Incubi's fallen Phoenix Lord Arhra and the appropriate continuous theme of constant backstabbing, conspiracies, plot and counter-plot from all involved and I'm not talking about just the Dark Eldar.

Saga of Commorragh, the 2/3: Path of the Incubus (Dark Eldar Book) - | xipobepafity.tk

In the safety of the Webway they practice the same excesses as before, and when their soul gets damaged by She Who Thirsts after spending some time in Realspace they drink the suffering of their victims to repair themselves. The Renegade connects somewhat to the Outcast in the Path trilogy The Incubus actually connects a lot to the Warrior in the Path trilogy: Eldar mythology speaks of the Phoenix Lords, to which the shrines of the aspect warriors are devoted. However, the same mythology speaks of the Scorpion aspect, for which two Phoenix Lords existed: first there was Arhra, but because he was too violent he got replaced by Karandras.

Arhra still has his shrine, one shining with dark light, where the incubi are trained. The story follows the incubus from the first part, now elevated to main character, as he tries to recify the dysjunction unleashed upon the Dark City. Think of it as the protective bubble around the city that got punctured, and Chaos finds its way in. He is accompanied by a Harlequin that strives to protect the Eldar Race as a whole. They are opposed by a band of Craftworld Eldar - a Warlock and a band of Dire Avengers - that follow their own motives; and no, this is not your typical Good versus Evil setting.

While the story of the incubus is the main story, the other story threads are just as exciting. The archon, main character of the first part, has to continue trying to survive on the highest levels of diplomacy, scheming and outright betrayal. The haemoculus has to dodge assassination attempts from his erstwhile coven.

The Dark City itself, while in outright danger, works as never before. The Dark Eldar show their worth in a real crisis, and its truly horrible in a good sense. If you'd consider the Eldar series alien, then this Dark Eldar series is really really Alien with capital A. Again the reader gets plunged into the set of gruesome values that the Dark Kin abide by; and while sometimes bordering on horror, the race is more understandable after you get to appreciate the exact reasons behind the horror. While I thought the first book somewhat slow, this one really got me captivated. While it being a very stressful and exhausting week, I still HAD to read a bit further every chance I got.

The author switches really fast between the main story and the substories, and each and every time there's a cliffhanger; but no part felt boring. Now, on to the last part, on to the Path of the Archon. The situation in the Dark City got resolved c'mon, that's not a spoiler , but the big question remains: what now??

Aug 26, Zaphied rated it liked it. Liked this better than Path of the Renegade. Motley was a great character once elevated to the fore. Comparisons between Incubai and the Aspects were good too. Jan 09, Derek rated it liked it Shelves: read-in I wanted to find out how the story continued, and read more description of the "Dark City," but there are problems with this installment in the Dark Eldar series: Morr and Motley's story is interesting - the most interesting subplot in the entire book, giving some fascinating background about the Incubi in general, while adding to the legends of Arhra - but it's not enough to carry the book by itself.

The rest of the subplots felt ancillary, as if they were there either to fill space or to show what the Dark Eldar were capable of Bellathonis's machinations, Yllithian's political maneuvering and paranoia, etc. Bezieth and Kharbyr in particular felt like they added virtually nothing to the story arc. What really killed it for me, and kept me from possibly rating it higher, was the editing. Black Library is typically fairly fastidious in their editing - I have rarely found any errors in their books - but it felt like they just phoned this one in.

Path of the Incubus discussion

Either they hired a new editor, or they didn't particularly care about the editing, I don't know what happened; whatever the cause, there were enough misspellings and missing words in this book that it seriously bothered me. I will be reading the final installment after it's released, but I think my expectations will be lower when I get to Path of the Archon. Mar 31, Housewife Bubuchu rated it it was amazing. Sep 04, Akira Watts rated it it was ok. There's an entertaining enough book buried in this mess, but it's just barely visible.

An editor might have cleaned up the purple prose, addressed the weird tonal shifts, and cleaned up the glaring inconsistencies that occur from passage to passage. And, even with all of those flaws, this could have been an acceptable diversion. Except there are like a half-dozen stories, interwoven to the point where progress on any one thread is always incremental. It kills the pacing of the book; it's like re There's an entertaining enough book buried in this mess, but it's just barely visible.

Get an immediate offer.

Get the item you ordered or get your money back. Learn more - opens in new window or tab. Seller information worldofbooksusa Contact seller. Visit store. See other items More See all. Item Information Condition:. Does not ship to Germany See details. Item location:.

Report item - opens in a new window or tab. Seller assumes all responsibility for this listing. 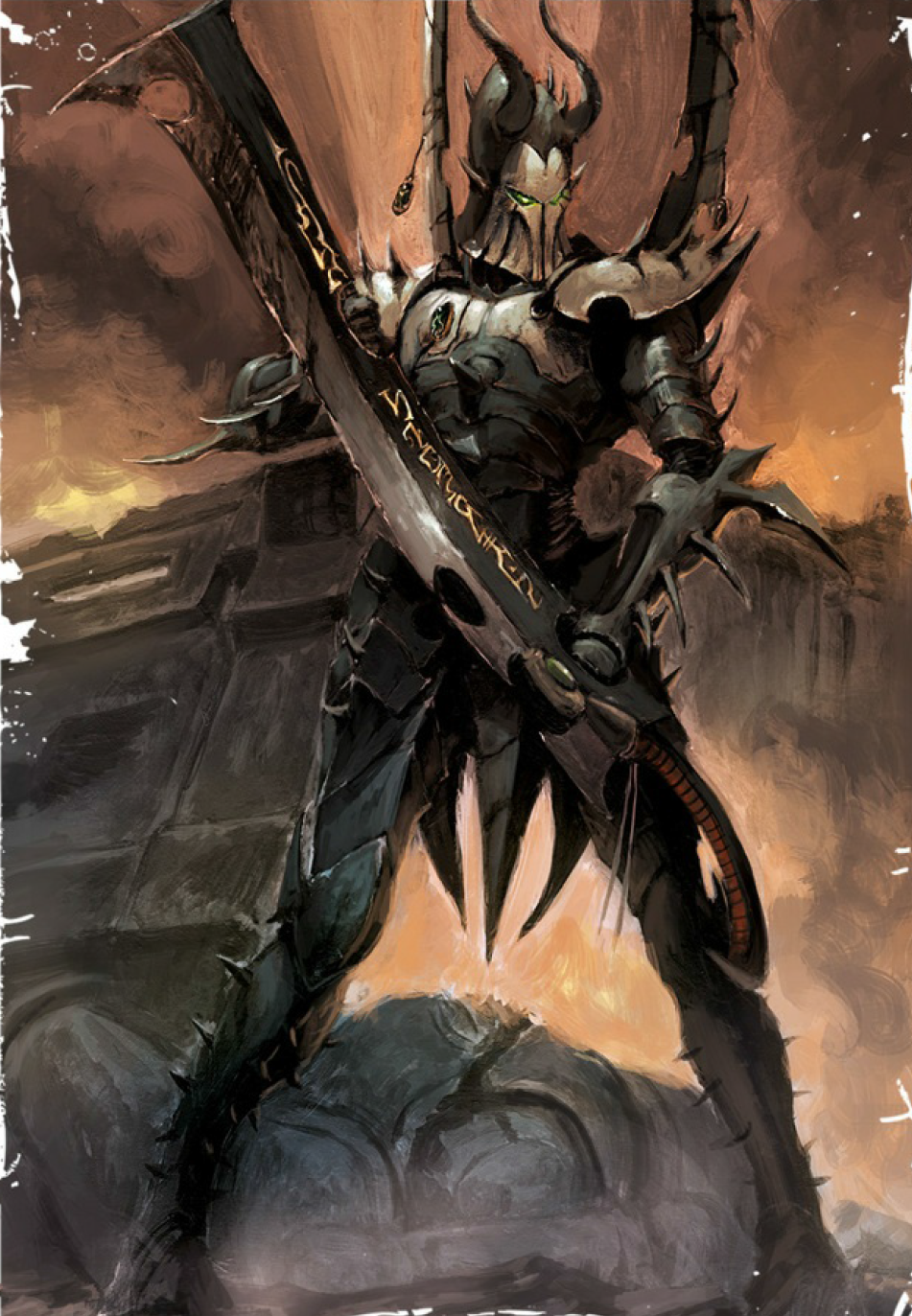 Item specifics Condition: Very Good: A book that does not look new and has been read but is in excellent condition. No obvious damage to the cover, with the dust jacket if applicable included for hard covers. May be very minimal identifying marks on the inside cover. Very minimal wear and tear. That looks so tasty it's unreal! Red like roses, fills my dreams and brings me to the place where you rest Just finished Path of the Renegade and I cannot freaking wait. I'm really eager to find out more about the inner workings of the Incubi and the role of Arhra.

Morr is a badass among badasses, and was an infinitely more interesting character than Kraillach.

I'm looking forward to this book as well. The thing I didn't like about the previous book, Path of the Renegade, was that it seemed to spread things out quite a bit and explain every little aspect of whatever was in the actual Codex. You can go through the book and have your Dark Eldar Codex handy and check off pretty much every unit in there as you read through, and it made the overall writing of the book seem thin and spread out.